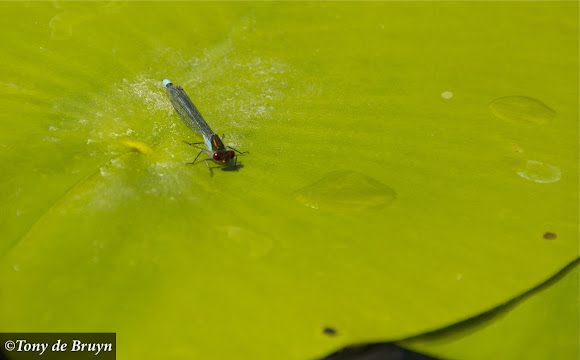 The species is a small damselfly, 35 millimetres (1.4 in) long, predominantly black with iridescent blue markings. The male resembles blue-tailed damselflies (Ischnura species) but is distinguished by its large, spaced eyes that are a deep red. It is very similar to the Small Red-eyed Damselfly.

Males typically spent much of their time perched the leaves of floating vegetation such as water lilies or mats of algae.

Thank you Taka, for the species update!