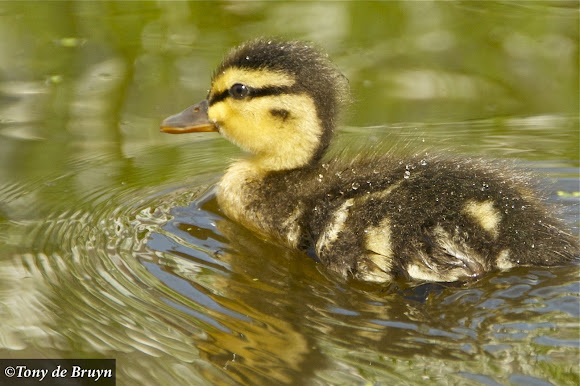 During the final period of maturity leading up to adulthood (6–10 months of age), the plumage of female juveniles remains the same while the plumage of male juveniles slowly changes to its characteristic colours. This plumage change also applies to adult Mallard males when they transition in and out of their non-breeding eclipse plumage at the beginning and the end of the summer moulting period. The adulthood age for Mallards is 14 months and the average life expectancy is 20 years.

Thanks Rylee! I had to take more then 8 pictures before I had the right one ;)

It looks like a duckling I had to draw like... 8 times for a puppet play in school

I just had a brief look at your sightings. Very impressive! I will take a better look this week. Thanks for the comment Willie.

Beautifully captured, I see you have the same passion for birds and wildlife photography as I. Glad your a part of Project Noah FoTony