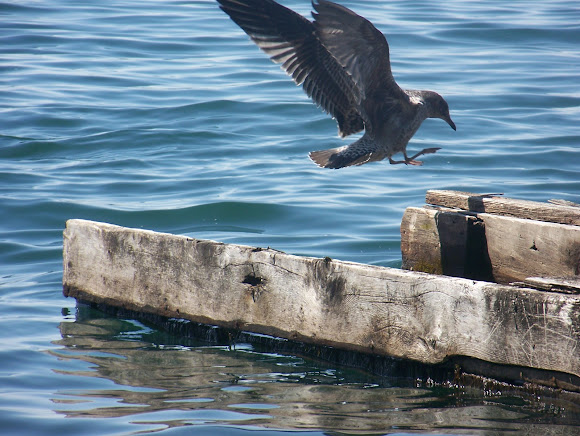 I am fairly certain this was a juvenile Western Gull (Larus occidentalis). It does not have the white head (but I don't think they get that until they are full grown).

Seagulls are typically found at the ocean, but I found this one at Lake Quinault; about 30 miles from the coast. "The Western Gull is rarely encountered inland or away from the ocean and is almost an exclusively marine gull. It nests on offshore islands and rocks along the coast, and on islands inside estuaries."