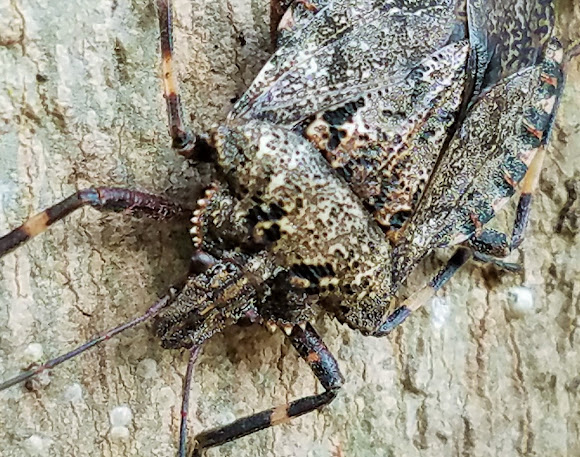 Brochymena affinis is a species of stink bug in the family Pentatomidae. This is an adult which winters over on tree bark. They resemble both in appearance and texture the lichen-mottled bark on trees. It is characterized by and differentiated from the Brown marmorated stink bug mostly by the small white teeth on the front edge of the thorax.

Spotted on a tree next to the Green River in Kent, Washington. Range is western North America.