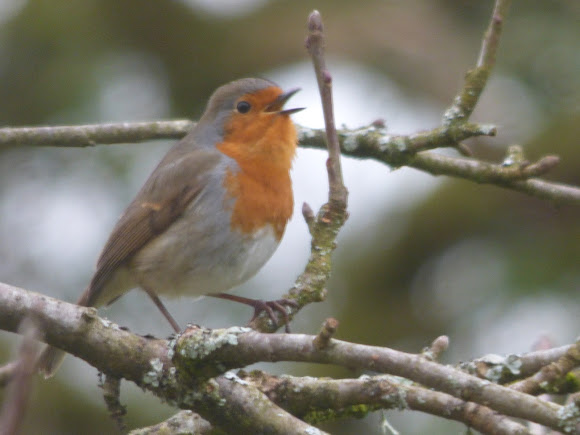 The National Bird and a common favourite, the Robin is easily recognised by most people. The Robin is a plump bird with bright orange-red breast, face, throat and cheeks edged with grey, a white belly and olive-brown upper parts. The sexes are very similar, if not identical, though some texts suggest that the brown forehead is "V" shaped in females, and "U" shaped in males, though even this is not always apparent. They have a brown bill and legs. The juvenile Robin has speckled buff-brown upper parts and underparts. They have no red feathers so that adult birds do not attack them in territorial disputes. The speckled feathers are lost in a partial moult when the bird is about two to three months old.

The Robin's diet is principally insects and worms, which it will normally catch by swooping, that is to say, snatching its prey on the ground after watching for movement from a perch above. They will also often follow a gardener that is digging the soil over for any easy pickings. In the garden, the Robin has a sweet tooth and often takes cake, especially fruit cake, coconut cake and uncooked pastry. At other times, sunflower hearts are eaten. Mealworms are a firm favourite, which they will often take from the hand.