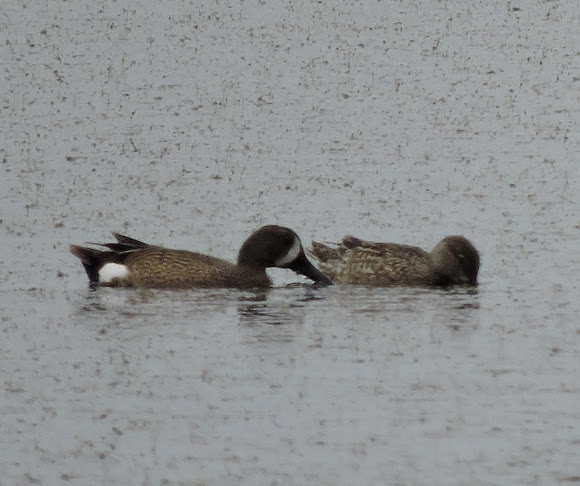 "While migrating, some of these birds cover huge distances; at times they travel all the way from North America to Europe! These dabbling ducks are quite sensitive to low temperatures; as such they fly south by the month of September. The female blue winged teal is often confused with the cinnamon teal due to their similar appearance. Blue winged teal rarely dive; they dive only when threatened or attacked by a predator! Conservation Status The blue winged teal is not enlisted as an endangered species. In fact research has shows a considerable increase in the population of this species owing to the rise of favorable prairie habitats." -per http://www.animalspot.net/blue-winged-te...