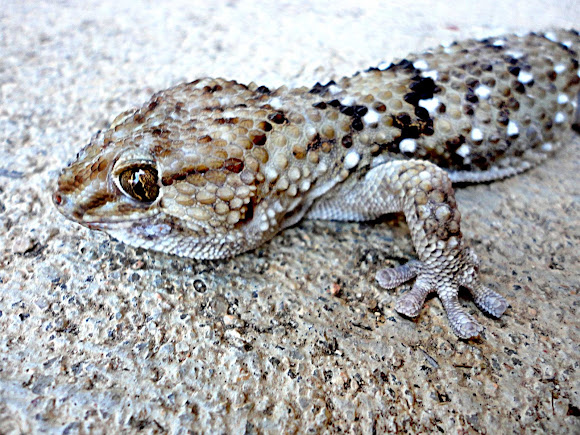 Bibron's gecko is a species of thick-toed gecko endemic to southern Africa. It is about 7" long, rough-skinned with round tubercles over much of its surface. It has the usual spatulate gecko toes, although they're a bit fat, which explains the "thick-toed" name. It's a pretty gecko, with big brown eyes. Its markings are bright, white, brown and black.

It was spotted near the foundation of a thatched hut in a game reserve consisting of open woods, thornveldt, and several waterholes. Since it's both arboreal (climbing) and ground-dwelling it has lots of goodies to pick from.

I think it preys on edible things in the thatch.