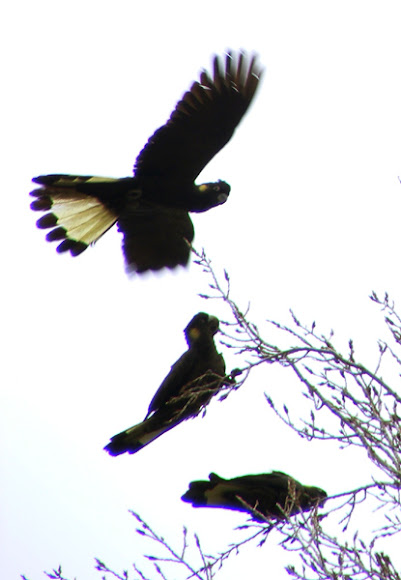 From wikipedia: 'The birds may be found in a variety of habitats including grassy woodland, riparian forest, heathland, subalpine areas, pine plantations, and occasionally in urban areas, as long as there is a plentiful food supply.[23] They have also spread to parts of suburban Sydney, particularly on or near golf courses, pine plantations and parks,[24] such as Centennial Park in the eastern suburbs.[25] It is unclear whether this is adaptive or because of loss of habitat elsewhere.[24] In urban Melbourne, they have been recorded at Yarra Bend Park.[26] The so-called "Black Saturday bushfires" in 2009 appear to have caused sufficient loss of their natural habitat for them to have been sighted in other parts if the urban areas of Melbourne as well.' Leafy northern Melbourne in this case.