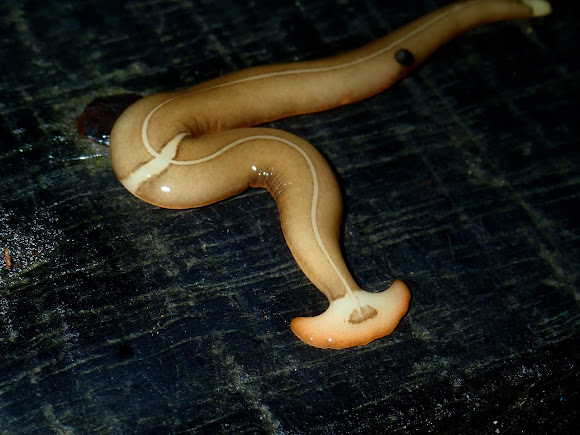 That is the last thing I want to see is a poor earthworm being liquidated.

Thanks, @Hema for the info and link to your Spotting. Interesting info.

I don't see them in the many in most of my night walks and leave them be, they are part of the nature and there is no outbreak of them. However, I would love to see them 'catching and feeding' on an earthworm though.

these worms are almost impossible to destroy.Marine creatures might be capable of eating them.I found one a long time ago.Was fascinated and we had a big discussion ! I also found a headless one next to it and that worm was navigating itself perfectly.
https://www.projectnoah.org/spottings/38...

I the wiggles thing

Thanks, @shebebusynow for sharing your thoughts.

Thanks a lot, @Daniele for correcting, will update the info,
I got the info from another website (non-scientific), so I guess the information from the link you provided is more reliable :D

Great images Albert! I would have some qualification to your description:
Tetrodotoxin is a neurotoxin that causes paralysis; it does not cause liquefaction. Liquefaction itself is produced by the hammerhead worm's digestive enzymes. A 2014 study has shown the presence of tetrodotoxin in two Bipalium species (Bipalium adventitium and Bipalium kewense). This provides strong evidence suggesting that tetrodotoxin is used during predation by these 2 species. However the study did not directly document the actual secretion of tetrodotoxin or confirm the role of the toxin in the paralysis observed in earthworms, and the authors indicate that further studies are needed to confirm the role of tetrodotoxin in predation by these worms. Tetrodotoxin may also be used as a defensive (anti-predatory) toxin in these flatworm species as seen in marine flatworms, blue-ringed octopus, and rough-skinned newts among others.
For reference:
http://journals.plos.org/plosone/article...

So interesting to see yet another small creature with tetrodotoxin (our local one is the rough skinned newt). This creature looks like a Hollywood invention--wouldn't be surprised to see something like it in horror movies. Wonder what the advantage is to having such a big head. Seems like it would make burrowing more difficult.

Jamie Grant a year ago

Beautiful in a weird sort of way!

Thanks for your appreciation, @Muckpuk and indeed, this one is slimy-ly pretty :D