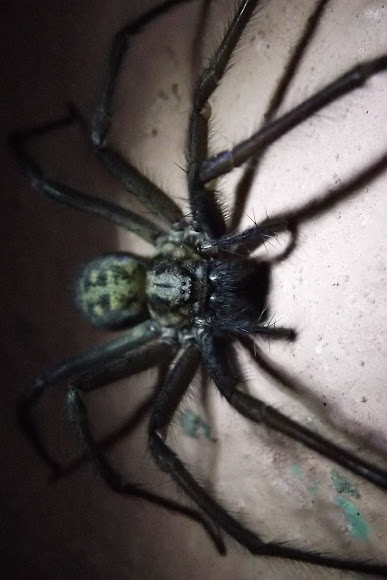 House spiders of the genus Tegenaria are fast-running brownish funnel-web weavers that occupy much of the Northern Hemisphere except for Japan and Indonesia. Of all Agelenids, Tegenaria possesses the largest species of funnel weavers: the dust spider (T. atrica), the Cardinal spider (T. parietina) as well as the giant house spider (T. duellica) whose species' females reach 17, 18 and 20 mm (⅝, ¾ and ⅞ in.) in body size respectively. Another genus member is the hobo spider (Tegenaria agrestis), whose bites are purported to cause necrosis in humans and are often mistaken for those of the brown recluse.[1] The genus constitutes problematic complex with the closely related Mediterranean grass spider genus Malthonica. Some authors may classify some species as belonging to Malthonica, while others may classify it within Tegenaria. Two species (T. aculeata and T. ligurica) along with two species formerly of Malthonica were transferred to the new genus Aterigena in 2010 in efforts to resolve some of the taxonomic confusion.[2]