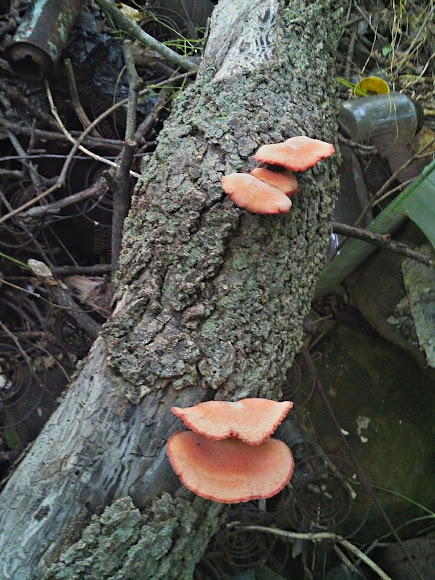 Found several of these growing on an unknown rotting tree in moist heavily forested area near Nevada, Missouri. Under the log several baby Rhodotus(?) were growing. Very beautiful mushroom. This was my first time seeing them here. Spore print: coral/ pink. I've read where they are inedible or at least not a tasty edible. I've not been brave enough to try em.