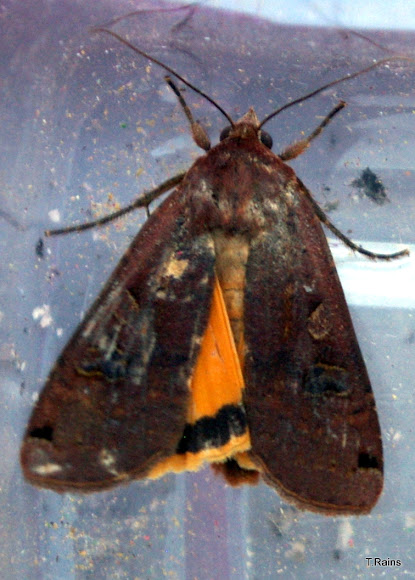 Large light brown to dark brown,near black moth with hindwings that are bright orange-yellow with a black sub-terminal band. The underwing coloring is noticeable when the moth is in flight or resting with wings open.

This beautiful moth had the appearance of tree bark while resting with wings closed. It was attracted to antifreeze leaking from a parked vehicle. It landed in the parking lot which was next to wild grasses,flowers. I captured the moth for pictures and released it. This is the second moth I have found this spring attracted to and landing or resting near vehicle spills of fluids, antifreeze.