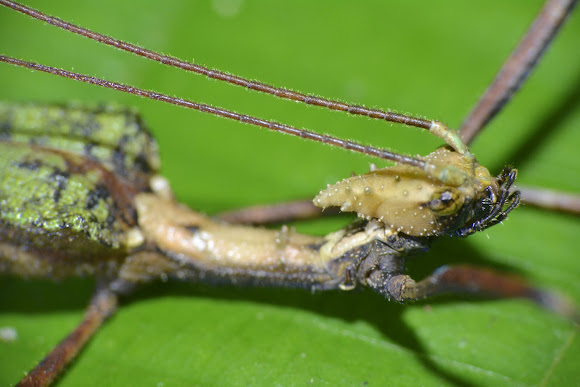 This is a Male Phasmid of the species Paraloxopsis tuberculata. He is rather small, around 4 cm. It has pointed head with tubercles and narrowed thorax. The wings are moulted with green.

Endemic to the tropical forest of Borneo

There are 2 known species of Phasmids under the genus, Paraloxopsis, the other one being Paraloxopsis korystes, which was featured in the previous Spotting.