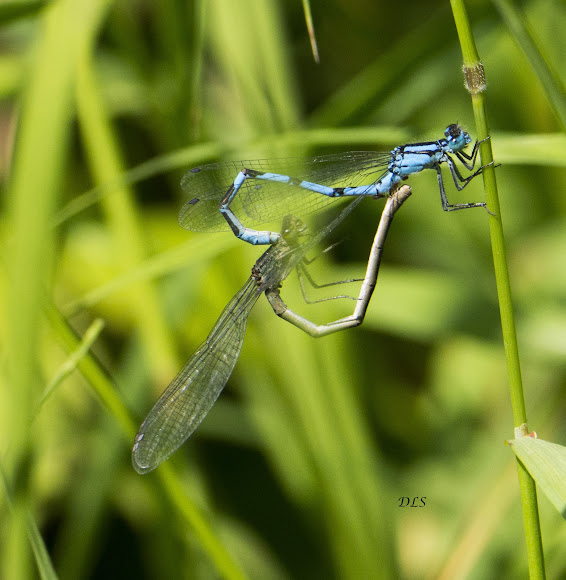 These common blue damselflies where just in the middle of a mating and had formed what is known as a copulation wheel which is unique to damselflies and dragonflies, the male (blue one) has already transferred sperm to his accessible reproductive organ before finding the female, when he does so he grasps her by the back of her neck with his claspers, she curves the tip of her abdomen round to collect the sperm from the upper part of his abdomen (as seen in the photos above). The pair can separate after this action but most damselflies stay together in tandem until after the female has finished ovipositing.

Seen by the pond area of Potteric Carr nature reserve, owned and maintained by the Yorkshire wildlife trust.

Thank you Maria, I thought it was really interesting how they mate :-) I found this female emperor ovipositing nearby too!
http://www.projectnoah.org/spottings/313...