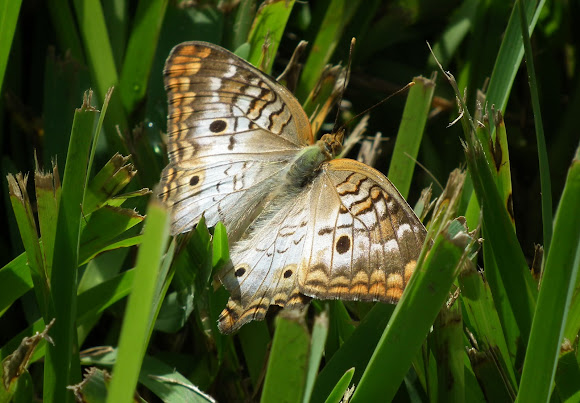 Mainly white butterfly with yellow trim to the wings, forewings are browner at the tops. There is one pair of large dots on the forewings, and two pairs of smaller dots on the hindwings. They are pretty common in Texas and Florida, which seem to be the northern limit of their global range. They fly and breed all year round. Males are territorial and patrol areas for females to mate with. In drier or colder seasons, this butterfly gets paler and larger.

Found in a grassy area near the roadside in Orlando, FL. There were a lot of man made lakes/ponds nearby.

Saw quite a few of these walking around Orlando, tended to be in the more open areas and not in the wooded areas. Only this one stopped long enough to get a photo!