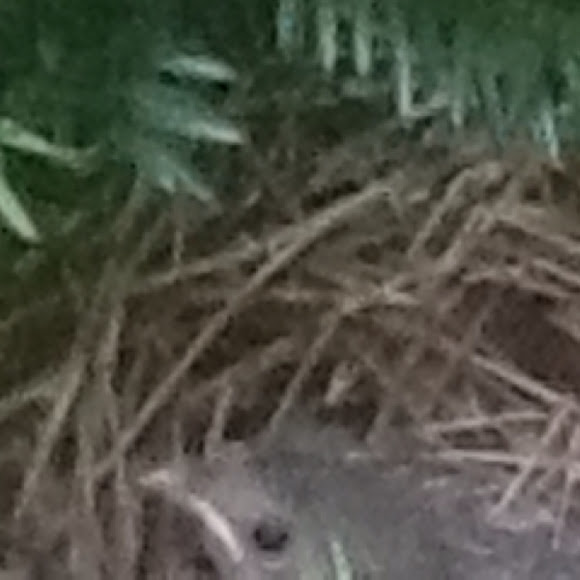 Nest in a large evergreen bush off the back deck. In Michigan yard.

Second set of photos. First set was when three were in nest about 5-7 days after the hatch. The parents had a run into the nest and another out. Very cool to watch. We watched the family all summer at our feeders. There were 2 females and one male, they all lived. Their parents also frequent our feeders. After about three weeks they moved from this nest which was rather low to the ground in an evergreen bush and moved to the trees. We were concerned they had fallen out and would be lost to the circle of life when predators ate them but no, all survived. We look forward to feeding them this winter.

Actually there is a baby bird in that nest by the way.

OK great do you have a mission you would suggest to represent the nesting?

This spotting has been removed from the Brooding behavior mission because it does not include birds and other vertebrates.