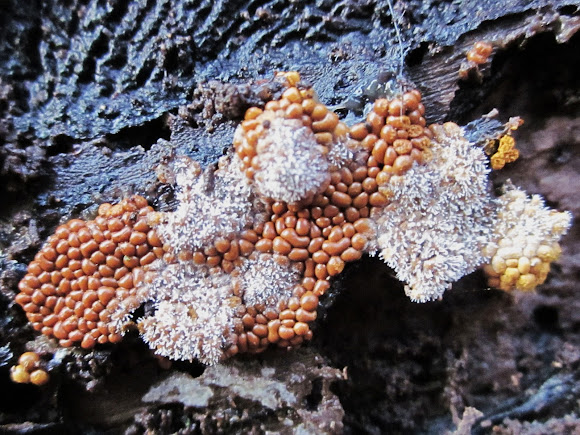 i haven't seen that before, in an area of 5 m did i found at least 2 species covered/attacked by a third. On trichia varia were some patches with something looking like crystals, same on the little black pearl-patches. I'm happy when i get sometimes good shoots of the fruitingbodies,but the crystal were to small for my camera. sadly some picture were to bad.!!

An often easy to recognise family as the spore mass is typically brightly coloured, producing stalked or sessile sporangia. A capillitium often consisting of solid or tubular, smooth or sculptured, free or attached threadlike elements ( http://hiddenforest.co.nz/slime/index.ht... )