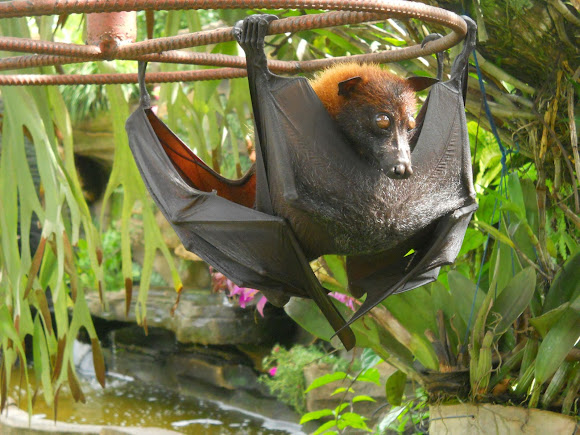 It is noted for being the largest member of the bat family by wingspan. It, as with all other Old World fruit bats, lacks the ability to echolocate. It should not be confused with Acerodon jubatus which is also large

this bat is a cross breed between Pteropus vampyrus and Acerodon jubatus :D

Lovely spot! I especially like photo 2 - maybe you could make this the main pic?
You should also consider adding this to the Bat Monitoring mission.

he's from a garden in Tanah Lot temple in bali :D