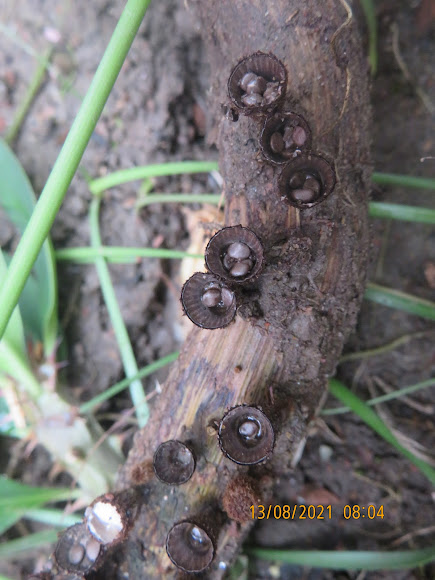 Tiny. Growing in a cluster. Fluted cup with small tablet-like structures inside. The second-last one was shot using flash and the last one is a massively cropped photo to show details.

Growing on the semi rotting remains of a woody vine I chopped down some time back. It was exposed when I cropped some leaves covering it...had I not removed the leaves I would not have seen these. Urban residential area.

Ever since I saw photos of these on PN I had been hankering to see a real one someday. Who says wishes are not granted! My neighbour and friend who is also on PN came over to shoot the bird's nest on her DSLR!

Thank you, Dwain. I got lucky that day!

Dwain a week ago

Glad your wish was granted and you were able to see one of these and then share it on Project Noah. Thank you for sharing, these are very cool fungi.