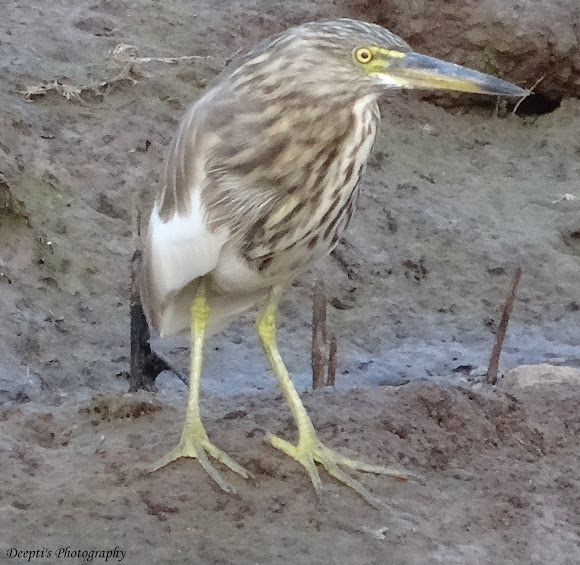 The non-breeding adult ‘Indian Pond Heron’ has a head and neck streaked dark brown and buff. The bill is yellow horn with a long black tip. The irises are yellow. It has drab brown back feathers streaked with buff covering much of its upper wing. The upper wing and flight feathers are white, except the outermost flight feather is dusky, with a brown-grey shaft; the two or three adjacent flight feathers have dusky tips. Its rump and tail also are pure white. Its under parts are white with heavy buff streaking on the breast. The legs and feet are yellow or dull green.

This is a stocky species with a short neck. Most of the time the ‘Indian pond-heron’ is very quiet, but it can emit a harsh croak. Fascinatingly, its legs change color in the breeding season, turning from green to bright yellow. Some individuals even have red legs; a feature which has been reported in about two percent of the population in southern and western India. During the breeding season it has darker mantle.

Beauty....looks a lot like the Green Heron in Florida