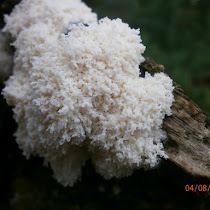 Slime Moulds of the British Isles

Was it in the British Isles? Is it, or could it be, a Slime Mould? Post it here. Good quality photos are best but blurry ones accepted!

The purpose of this group is to map and learn about which slime moulds you might come across in the UK. I made this group since I couldn't find any missions mapping Slime Moulds in this area of the world and I hope others share a similar interest to know which slime moulds can be found where! A Slime Mould is neither a Fungus nor an Animal; they are in a kingdom of their own (http://en.wikipedia.org/wiki/Slime_mould).