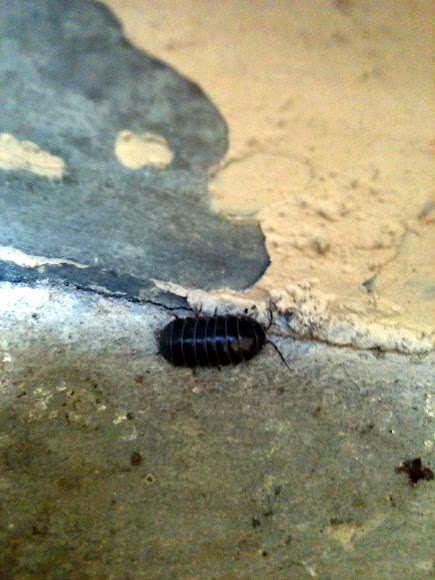 A pillbug goes by many names -– roly poly, wood louse, armadillo bug, potato bug – but whatever you call it, it's a fascinating creature. For instance they are the ONLY crustacean that can live on the land. The pill bug is a small, segmented isopod that are protected by a hard exoskeleton with three basic divisions, the head, the thorax, and the abdomen. They have 7 pairs of legs and can curl up in to a ball for protection. These are types of arthropods, or crustaceans, not insects or true bugs.

Pill bugs are commonly found in many areas around the world. They prefer moist soil or rotting vegetation, living in the soil and under decaying leaves, rocks, and dead logs.

Though they're often associated with insects and are referred to as "bugs," pillbugs actually belong to the subphylum Crustacea. They're much more closely related to shrimp and crayfish than to any kind of insect. Pillbugs have an amazing ability to tolerate ammonia gas, which they can pass directly through their exoskeleton. So, there's no need for pillbugs to urinate. Though pillbugs do drink the old-fashioned way – with their mouthparts – they can also take in water through their rear ends. Special tube-shaped structures called uropods can wick water up when needed. Like other animals, pillbugs can contract viral infections. If you find a pillbug that looks bright blue or purple, it's a sign of an iridovirus. Reflected light from the virus causes the cyan color.