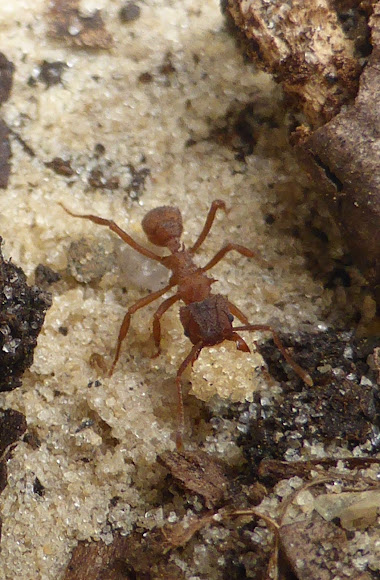 This ant has a mutualistic relationship with fungi, which it farms as the name suggests. Shown in this spotting are several ants excavating balls of sand from the nest, and more interesting are the ones cutting and collecting leaf chunks to bring down to their fungus garden to use as fertilizer. They feed on the fungi, and the fungi benefits from the ants nurturing and defending it. Though they are smaller than many other ant species, they excavate huge amounts of soil, presumably to make more farming areas.

Sandy part of a suburban yard