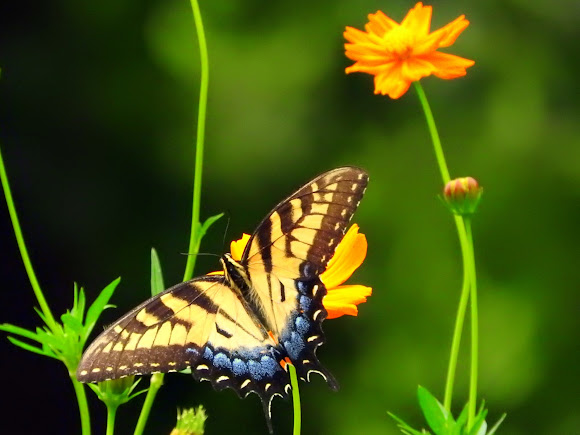 The Eastern Tiger Swallowtail is a butterfly native to the Eastern part of the United States, with a wingspan of 3-5.5 inches. They are sexually dimorphic, with females being either yellow with black stripes or mostly black. The males are also yellow with black stripes but females have a beautiful band of blue spots along the hindwing, while males are simply yellow and black. The dark morph of the female is mostly black, but also often has some blue along the hindwing.

The Eastern Tiger Swallowtail is common in many different habitats. I spotted several (including this one) in a large flower garden planted behind our local county library, filled with orange cosmos (pictured here) butterfly bush, zinnias, and more that I could not identify.