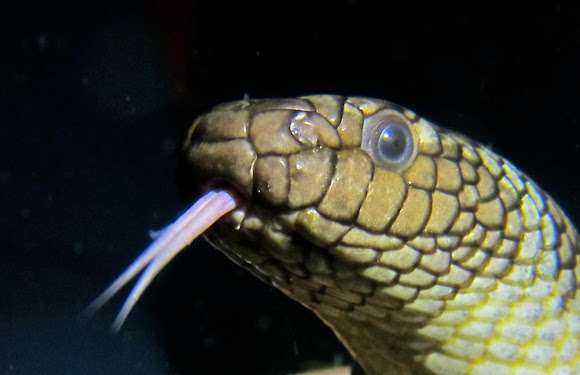 Saw lots of them in South Lombok, Olive in colour, around 2 meters length. Can be scary to some, but they are generally non-aggressive unless provoke. However, they are venomous. This species is also known as the Golden Sea Snake. The locals called them Sea Cobra.

It is found mainly in warm coastal waters in the Indo-Pacific where they live on coral reefs, lagoons and rocky shores to depths of 5 to 45 metres. In Australia they are found in coastal waters off the northern half of Australia from Brisbane in east to Shark Bay in west. It is the most common sea snake on the reefs of eastern Australia.

Thanks, @cheryl v2.0 for your appreciation :)