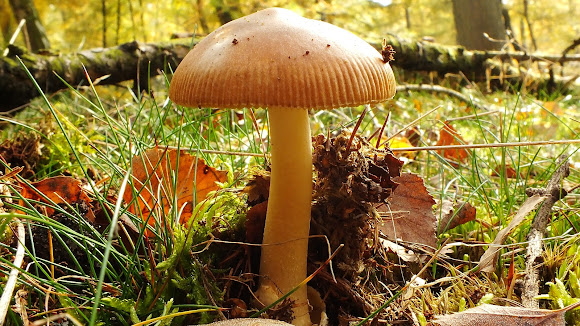 Though not sure, I think this fungus is a tawny grisette. The cap was tawny and it had a whitish pale tawny stem with no ring. The large volva was white, but no tawny discolorations present. Suggestions are more than welcome. Spotted in National Park Veluwezoom, Holland. (sources:see reference)

Thank you for the kind words, Tukup. The fungi kingdom is definitely a very fascinating field at least to me it is :)
I'd love to help you find an ID for your spottings. Though I need to give you a heads up, I'm an amateur and oftentimes it's very tricky to get a correct ID even with proper identification keys.

Love your fungi fotos. I have a bunch I hope to post soon. Perhaps you can help identify them. It's a new field for me. Thanks for sharing Jae.