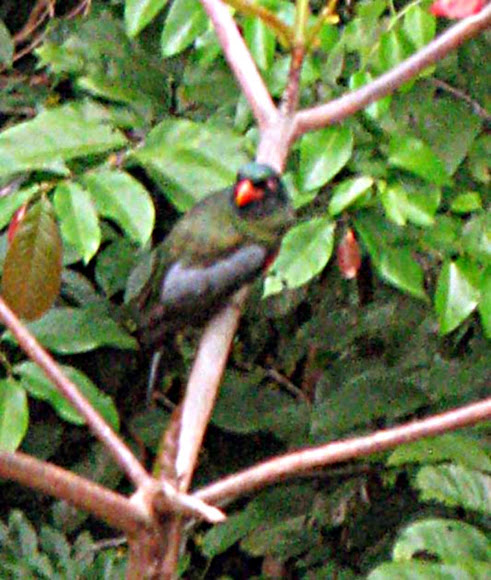 This slaty-tailed trogon was photographed from the cafe railing at El Remanso Lodge on the west flank of the Osa Peninsula. It is one of the largest trogons, and very easily identified by its bright orange bill and red eye-rings. It's a male, as the female is mostly gray and red, and doesn't have the green head or such a bright eye-ring.This one was calling a short time before it appeared, "uck, uck, uck, etc." It's in a beach almond tree, I think.

Medium density forest with beach almond, palms and cecropias, in mountainous terrain above the Pacific Ocean.