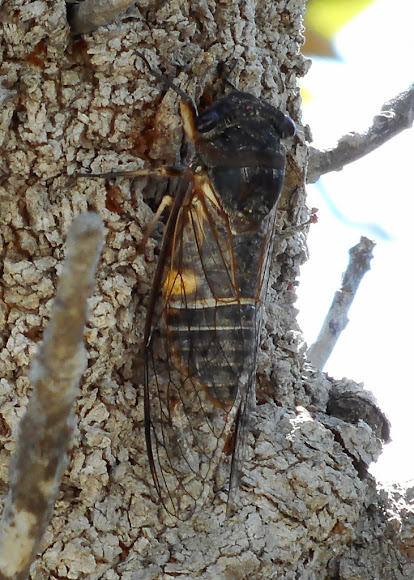 Psaltoda harrisii, commonly known as the Yellowbelly, is a species of cicada native to eastern Australia. This fellow and his little mates almost sent me deaf!

Open forest, eucalypt woodland, and heathland with emergent eucalypts. An especially common species in coastal heathland. This spotting was on the Neembeeba Track in Blue Lake National Park, North Stradbroke Island. It was about 38 degrees celcius. Found on Wallum Banksia (Banksia aemula).

Other spotting ID considerations were the Double-spotted Cicada (Galanga labeculata), and Clanger (Psaltoda claripennis). Both species are also to be found in the North Stradbroke and wider Brisbane area.