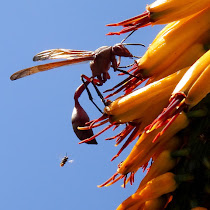 Upload any type of wildlife spotted in the Mlawula Nature Reserve. Sign in to join mission

Mlawula Nature Reserve covers approximately 16,500 hectares and the area is owned, protected and maintained by the Swaziland National Trust commission. The reserve is located in the North-eastern part of Swaziland, close to the border of Mozambique. The reserve lies within the transitional zone between two biogeographic regions, the dry thorn savannas of the west, and the moister coastal thickets of the east. The reserve consists of three distinct ecological zones, the Ndzindza plateau, the Siphiso Valley and the Rhyolite ridges of the western boundary. The reserve is a very rich area with different biomes such as rivers and streams, an impressive river valley, several caves, low-lying savanna and mountain areas. A rich diversity of wildlife habitats those areas.