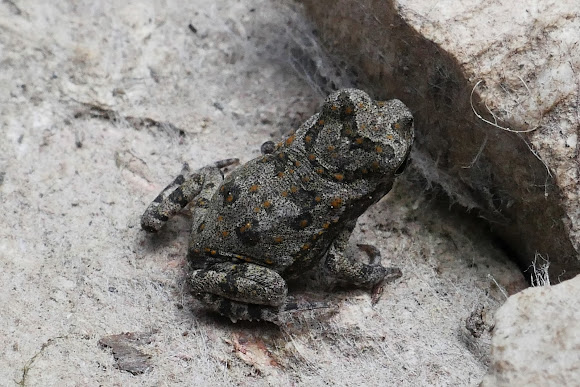 The ubiquitous cane toad, largest species in the family Bufonidae, is regarded in Australia as an exemplary case of a "feral species"—others being rabbits, foxes, cats and dogs. It is responsible for the death of local wildlife and domestic animals which are not immune to its toxin, and because of this, toads tend not to hide and are usually targeted by predators, who then expose themselves to the toxic effects. This species is having a catastrophic effect on the Australian ecosystem. I saw hundreds of toadlets on this track - tiny at about 15 mm, and lightning fast (see notes). A previous spotting in this area of an adult toad - https://www.projectnoah.org/spottings/14...

Found on the Gold Creek walking track and shoreline at Gold Creek Reservoir, which lies just to the west of Brisbane. Freshwater lake and dense native bushland vegetation of dry eucalypt forests and subtropical rainforests. Toads can and do live in all sorts of environments, both natural and man made.

A GREAT IDEA!! I read recently about the toad situation at Gold Creek Reservoir, and it was suggested that dog food might be an important component in bringing the local toad population (and problem) under control. I saw hundreds of tiny toadlets as I walked around the track and reservoir shoreline, but I also saw an abundance of meat ants. The dog food brings the toads, particularly the thousands of toadlets, to the meat ants. Probably not a nation-wide solution, but in smaller areas like this reservoir and national park, or in more domestic situations, it might just work. It's a simple yet practical method of control that is definitely worth a try!