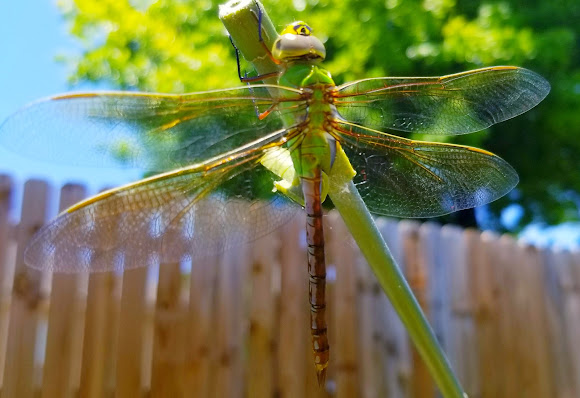 It is a very large dragonfly with a 3 inch wingspan. This one was a female specimen. The abdomen has brown while the thorax and head have green and blue. The eyes are large and almost connect.

Semi-urban, Fort Worth, Texas. It is found in Asia where it is Tropical climate to Arizona where there is desert climate.

This species is found throughout North America, it also ranges south to Panama. It is well known for its great migration distance from the northern United States south into Texas and Mexico. It also occurs in the Caribbean, Tahiti, and Asia from Japan to mainland China. It is the official insect for the state of Washington in the United States.