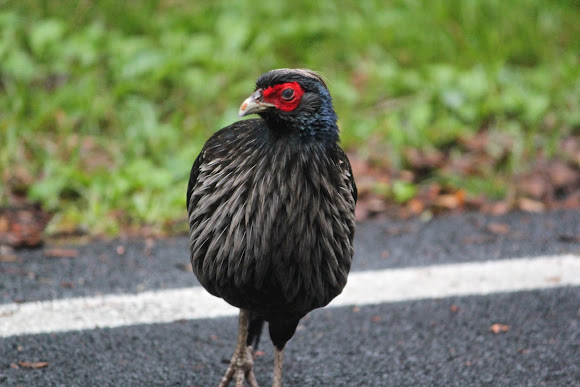 Males are mostly black with red faces, whereas females are brown.

The kalij pheasant is native to Southeast Asia, i.e. the Himalayas in India and Pakistan. In the US, it can only be found in Hawaii, where it was introduced in 1962. This individual was spotted in the rainforest of Volcanoes National Park.

This kalij pheasant crossed the road abruptly as I was driving. Since he was meandering around the middle of the narrow road, I stopped for pictures. This male was soon followed by several females and some juveniles. They all hopped into the bushes after a second car pulled close to them.