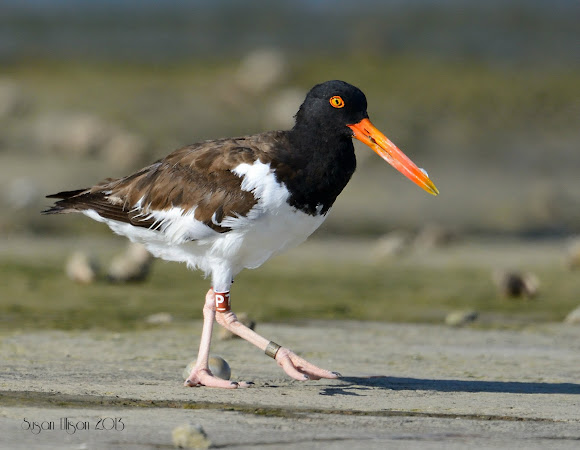 occasionally called the American Pied Oystercatcher, is a member of family Haematopodidae. The bird is marked by its black and white body and a long, thick orange beak. This shorebird is approximately 19 inches (42 – 52 cm) in length.

During the breeding season, American Oystercatchers can be found in coastal habitats including sand or shell beaches, dunes, saltmarsh, marsh islands, mudflats, and dredge spoil islands made of sand or gravel. During migration and winter, look for them feeding in mud or sand flats exposed by the tide, or on shellfish beds. These conspicuous birds tend to roost on beaches, dunes, or marsh islands near their foraging sites, and rarely venture far inland.