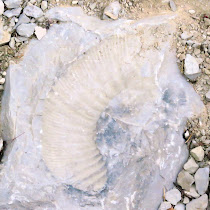 Interested in all wildlife in Jura Mountain Range, in particular its protected areas. Sign in to join mission

Jura is a magnificent sub-alpine range shared between France and Switzerland, culminating at 1720m of altitude (Crêt de la Neige). The name Jura is derived from 'juria', a Latinized form of a Celtic stem jor- "forest" - and forested it is - huge part of Jura range is covered by a deep and dark coniferous forest; and many of its rich natural areas are protected as parks of natural reserves, both in France and Switzerland. For the anecdote, the Jura range is old, older than its better-known neighbour, Alps; and it gave its name to the Jurassic period of the geologic timescale - the time when Jura's mountains folds were actually born. The mountain range gives its name also to the French department of Jura, the Swiss Canton of Jura and the Montes Jura of the Moon.