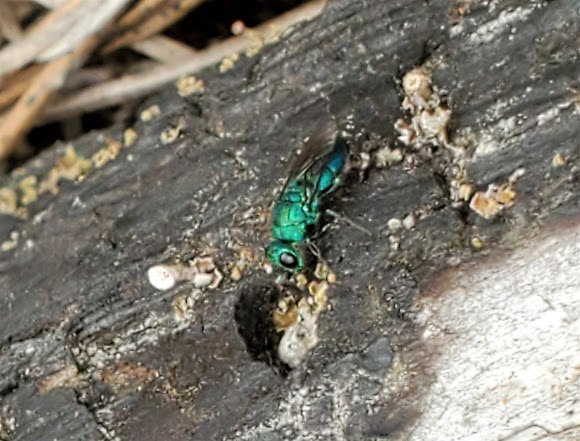 The Cuckoo wasp is a small metallic green/blue wasp with some interesting habits. I was able to observe this one tending to its nest or that's what it appeared. Cuckoo wasp will lay their eggs in the nest of an unrelated host species. Its larvae will consume the host eggs. They also have some fascinating adaptations, including chemical mimicry of host odours by some species.

Spotted on a rotting log in a pine/fir forest in eastern Washington.