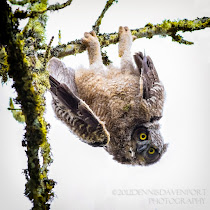 Having so much wildlife it shouldn't be too hard to find something to capture. Add your pictures of mammals, bugs, marine life, and any other species you find in nature. Please only add spottings of animals in natural habitats (no zoo's, game parks, or urban settings). Beaches and parks are ok. Sign in to join mission

Dedicated to all the spectacular wildlife of the great Northwest United States. A wildlife enthusiast's paradise, the Northwest is home to thousands of animal species. Ocean depths, fourteen thousand foot mountain peaks, rain forests, deserts, lush landscapes, treeless barrens, ponds, lakes, salt marshes - the geography of this region is one of the most biologically diverse in the world. From the tiny shrew-mole to the giant blue whale, the Northwest is a naturalist's dream. Sea life species alone are amazing: 30 marine mammals, 200 marine birds, 400 varieties of fish, and an estimated 8,000 species of invertebrates including one of the most dense concentrations of starfish in the world. The Giant Pacific Octopus, largest cephalopod in the world, resides here as does the Plumose Anemone, the largest anemone in the world. Bald Eagles and Golden Eagles soar the skies. With some of the only wild places left in the lower 48, the land gives home to 62 species of reptiles and amphibians, 158 species of mammals, and hundreds of different types of birds. The great Grizzly (Brown) Bear and the smaller Black Bear, American Bison, moose, and wolves share the fields and forests with three varieties of shrew. And as if that were not enough we are the slug capital of the world!